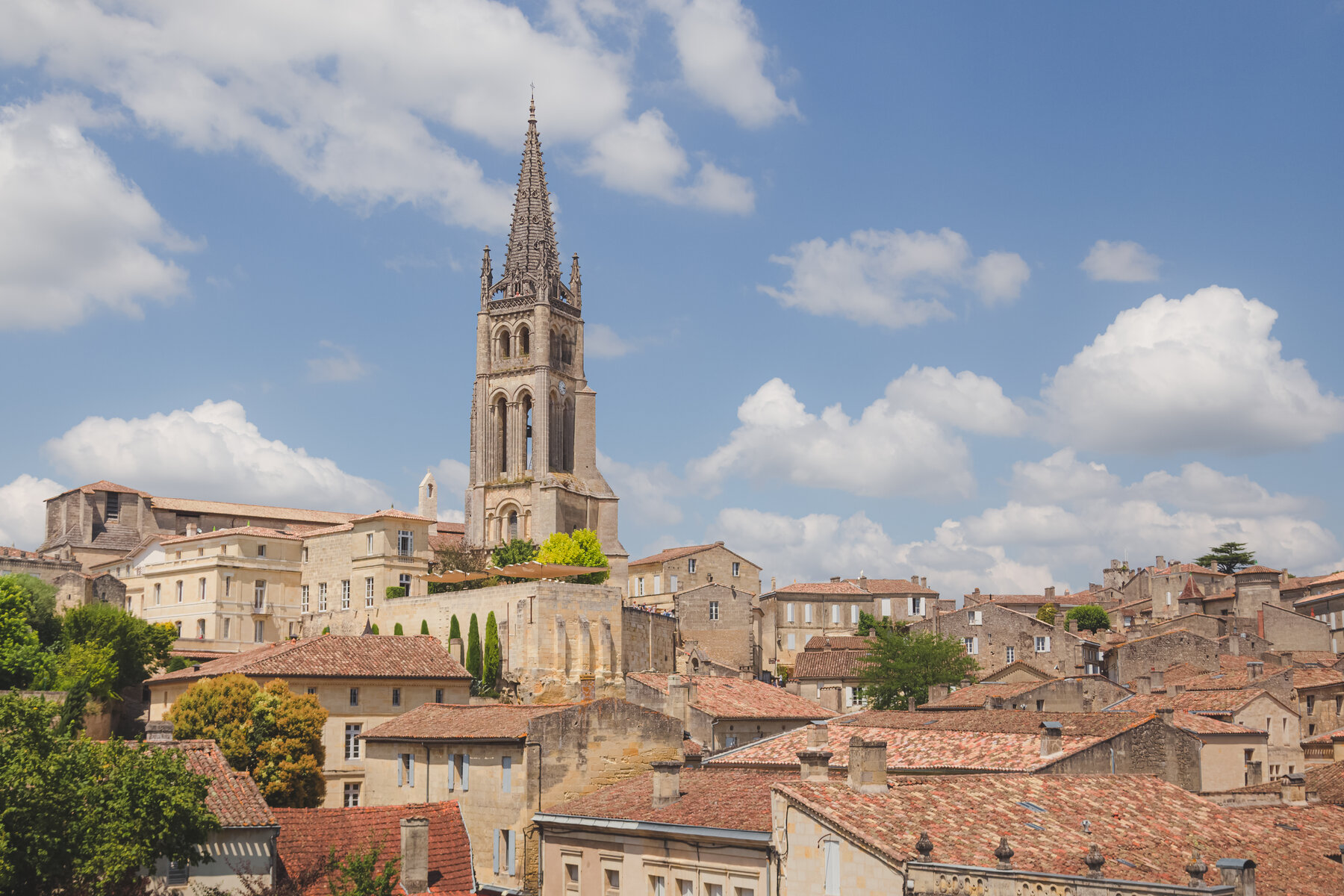 In 1999, UNESCO designated St-Émilion as a World Heritage Site for being “an outstanding example of a historic wine-growing landscape which has survived intact and in operation to the present day”. Installed in a natural amphitheater, softened by the color of the old piano keys, this city of Dordogne has regained its beauty of yesteryear. But leave your high heels at home: the ways called mounds, unevenly paved with blocks of Cornish granite (the ballast of English wine ships), are so steep that handrails have been installed in their center.

However, St-Émilion keeps its greatest secrets underground – not only the ruby ​​nectar in its cellars, loved by medieval popes and English kings, but the largest underground church in Europe. Ideally arrive early to avoid the crowds of day trippers or stay overnight.

To see and do in St-Emilion

Entering the city from the south on the D122, you will pass a public park built around the Gaudet House, home of the Girondin deputy Marguerite-Élie Guadet, who managed to flee the executions of Robespierre in Paris with seven other Girondins. They hid for nine months in St-Émilion, but all but one were eventually captured by Robespierre’s henchmen and guillotined – ironically, just days before 9 Thermidor, when Robespierre himself had the chop. On the other side of the road, rising abruptly from a vineyard, the Great Walls, a 20 m wall with ogival arches, is all that remains of a Dominican monastery built in 1287; as he was outside the walls, he was easy prey for a marauding French army in 1337.

Just beyond is the main entrance to St-Émilion, the Place Leclerc. Take the first left to see the substantial remains of the ancient lavish Cardinal Palacebuilt in 1316 by the Cardinal de Ste-Luce, nephew of Pope Clement V. Continue to Rue Gaudet, where just beyond the Place du Chapitre, the Dominicans have rebuilt their Jacobin Convent, after a donation in 1378 by the English lieutenant of Aquitaine, Jean de Neville. Until the Revolution, this church housed the town’s main place of pilgrimage: a statue of St Valéry, patron saint of the winegrowers of St-Émilion (today in the Collegiate Church). Brides gently wiped the statue with their handkerchiefs wishing to become pregnant; Valery’s exact role in the affair was the cause of many jokes.

Higher up, at the fork, take rue des Cordeliers for the Commanderya former Templar outpost (now a hotel) and the Cloister of the Cordeliers, built in 1383. The pretty 14th-century twin-column Franciscan cloister is a peaceful place – and this being St-Émilion it is now used as a wine bar, while the old church is a huge wine and wine shop. gifts. 20m below, an astonishing termite mound with 3km of galleries, where since 1892 the sparkling and slightly mellow Crémant de Bordeaux has been aged, invented by a Mr. Meynot, when wine sales were collapsing. Book tours and tastings via the Cordeliers website, or take an electric tuk-tuk tour, which includes a surface visit to St-Émilion.

Return to rue Gaudet and rue de la Cadène, which soon passes under the 16th century arch of the Door and the House of Cadène, “of the chain”, by which a street could be closed quickly in an emergency. Notice the half-timbered house on the left, decorated with a pair of grotesque heads and dolphins. Higher up, rue Gaudet joins Market placea magnificent urban setting built on the first cemetery of the city, its cafes shaded by a Tree of Liberty planted during the Revolution of 1848.

St-Émilion station, on the TER Bordeaux-Sarlat line, is 2 km away, but from April to October you can book a tuk-tuk shuttle to pick you up. Buses 314 and 315 run all year round from Libourne station to St-Émilion; in summer the 302 bus connects Bordeaux directly to St-Émilion via Libourne.

The beautiful vineyards and lanes around St-Émilion make for a fun bike ride; rent one at the tourist office or at Bicyclettes de Saint-Émilion. There is free parking at Police station parking lot and paying car parks closer to the center by the Collegiate Church and Place Bouqueyre.