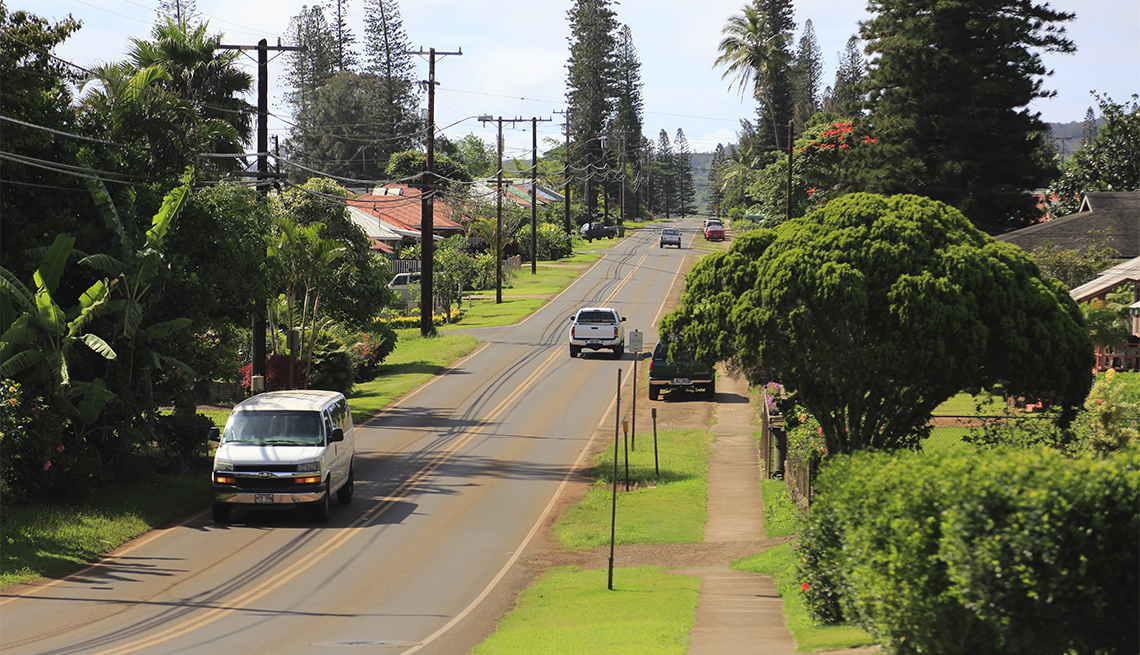 Road Trips in and around Oahu

Savor a morning meal at Waikiki’s Hau Tree Lanai, an open-air patio under flowering trees that was once home to Victorian author Robert Louis Stevenson as he luxuriated with Hawaiian royalty. Then hop onto the only interstate highway system in the United States that doesn’t cross a single state line and head west on H-1. Near Pearl Harbor, head north on H-2 and watch the concrete jungle give way to lush green fields.

Beyond the plantation, Oahu’s fabled North Shore looms on the horizon. Hop off in Haleiwa, the surf town whose must-stop is Matsumoto Shave Ice, an island institution since 1951. Matsumoto serves up the classic Hawaiian treat with dozens of refreshing flavors like mango, coconut, and citrus yuzu . Order your favorite combo and add a scoop of ice cream. Trust us.

Haleiwa is the gateway to the North Coast, a string of world-famous beaches and surf breaks, such as the Banzai Pipeline, which helped the Hawaii-born sport go global. A once lesser-known beach, Laniakea (Lah-nee-AH-kay-a), has been adopted by endangered green sea turtles who like to laze on the beach.

Next : Waimea. The colossal winter surf of picture-perfect Waimea Bay has spawned the legendary Eddie Aikau Big Wave Surfing Tournament, which takes place when the waves reach at least 20 feet high (only nine times in 38 years). Across the street is the Waimea Valley, one of Oahu’s most immersive and accessible Native Hawaiian environments. Once the residence of the island’s high priests, the valley became a botanical garden in the 20th century. Today, a two-mile paved, shaded walk passes cultural sites, interactive demonstrations (lei-making, weapon-making, wood-carving) and exhibits at the island’s only lifeguarded, swimmable waterfall area . If the walk seems too long, you can hop on a shuttle.

Drive around the northern tip of the island and stop for lunch at Kahuku Farms Cafe, a charming and friendly open-air venue that turns tropical farmhouse bounty into refreshing drinks and hearty sandwiches and pizzas. Don’t skip the lilikoi cooler, made with tangy yellow passion fruit. Farm tours are also available. If vegetarian cuisine isn’t your thing, book yourself into Pounders Restaurant further afield in the town of Laie (Lah-EE-ay), which serves farm-fresh produce, grass-fed beef raised on island and locally caught fish.