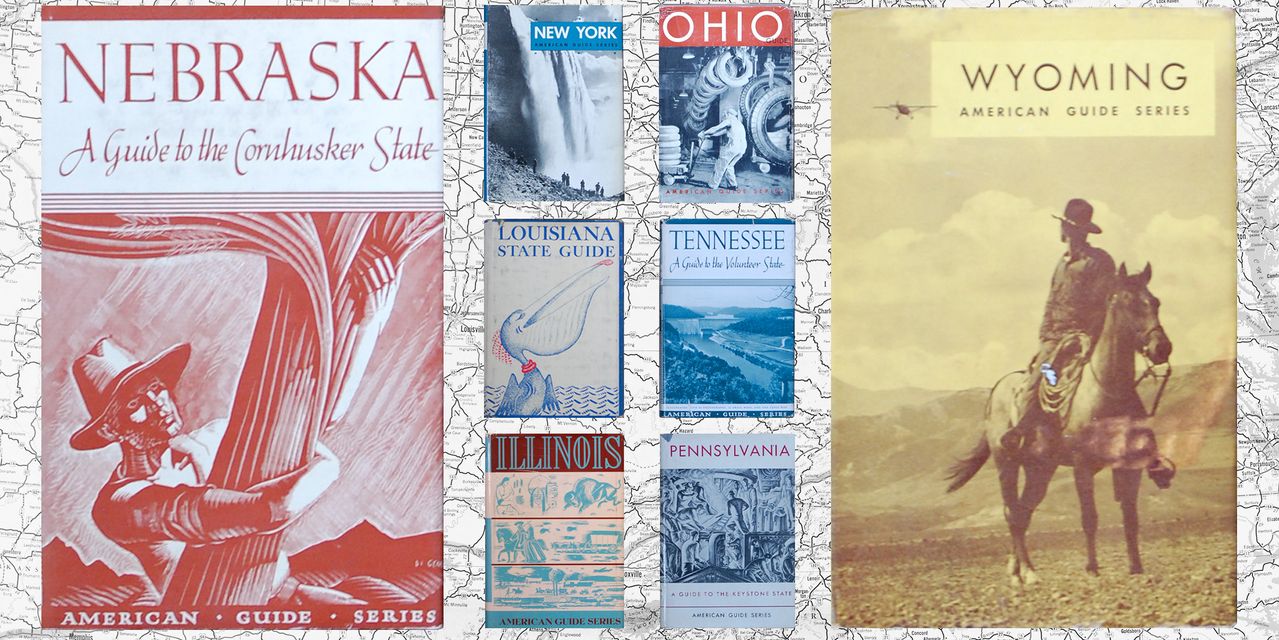 ‘Republic of Detours’ Review: The New Deal in Travel Guides

While most other writers are like me (and I suspect they are), they leave behind a trail of abandoned projects. Quite regularly, we come across an idea for an essay, a story, a book. We investigate until we come to the conclusion (most of the time) that it won’t work or (rarely) that it’s gone.

Among my own problems was the Federal Writers’ Project. It was a Depression-era company, a wing of the Works Progress Administration, in which unemployed writers (during the Depression there were hardly any others) were hired by the government to deploy across the country, find out what’s going on in all 48 states, New York City, and the District of Columbia, and produce a thick guidebook for each location, as well as a large amount of additional material, including in-depth interviews with formerly enslaved people who have since proved invaluable to researchers. A fascinating subject, of course, especially since the American Guide series subsequently took on the aura of a classic – regularly reprinted and inspiring people like John Steinbeck and William Least Heat-Moon in their own travel books. – and that the young men and women who worked on the project included such future eminences as Nelson Algren, Saul Bellow, John Cheever, Ralph Ellison, Zora Neale Hurston, Kenneth Rexroth, May Swenson, Studs Terkel and Richard Wright.

I investigated long enough to decide that the vein had been sufficiently exploited by others and would not reward further excavations on my part. In fact, I think I decided this after looking at just one book, “The Dream and the Deal” by Jerre Mangione (1972). Mangione was another of those young writers hired by the project, in his case for a managerial position; he would continue to write popular novels and memoirs. Even though it was decades old, his history of the FWP, in addition to being informed by his own experience, stood out as being well documented, and intelligently and graciously written: in short, definitive. It was also followed by several academic works on the project and some popular books, including “Soul of a People” (2009), by David A. Taylor, which inspired a documentary of the same name on the Smithsonian Channel.

So I feel like I made the right choice by turning to other companies. But here’s the thing: Scott Borchert also made the right choice in pursuing this one. His “Republic of Detours: How the New Deal Paid Writers to Rediscover America” (Farrar, Straus and Giroux, 385 pages, $ 30) shows that when a good writer encounters a topic he or she has a passion for, the outcome will almost always be good, no matter how others have already covered it. As he observes, “just as you can take many roads across a state, choose where to stop and what to go through, trade detours and dead ends, there are many ways to tell this story.”

Mr. Borchert’s own path is marked by several signal attributes. He’s excellent at character studies, offering new shots and material on familiar characters like Algren, Hurston, and Wright, and introducing us to lesser-known characters like Vardis Fisher, a cranky novelist who has written roughly in he alone the guide to Idaho, and, most importantly, Henry Alsberg, the veteran and locked-in journalist and literary man who served as the director of the FWP and somehow kept it all together. .

Family Travel Ideas for the Fall Vacation | Way of life

Launch of accessible travel guides for the Vancouver Island region