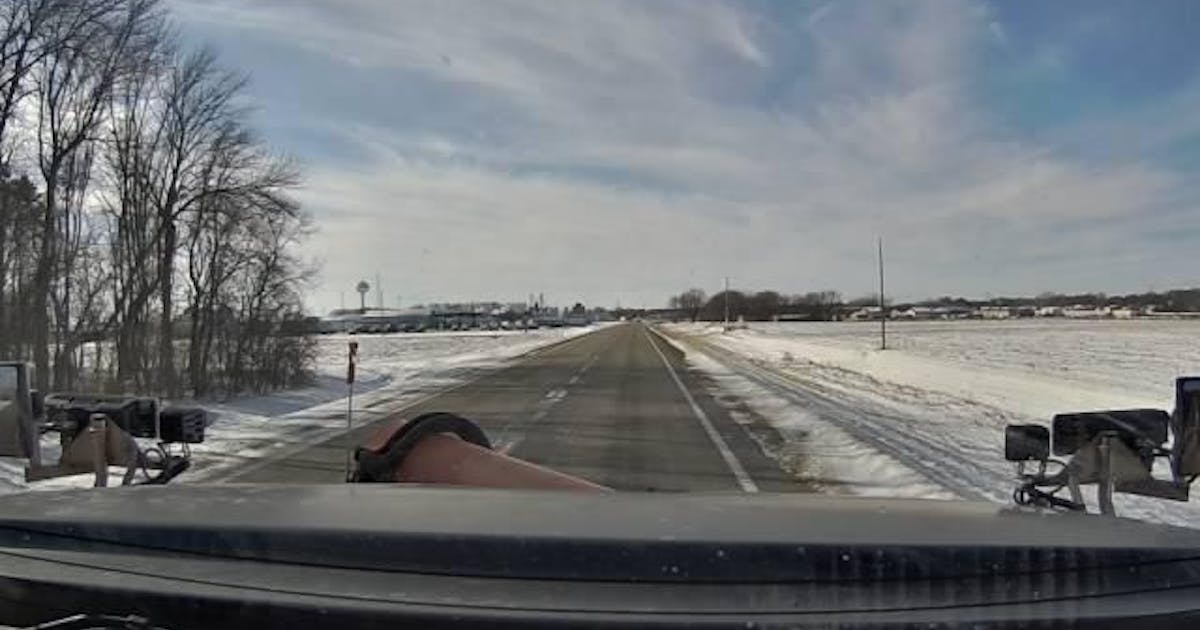 Motorists who want information about current road conditions or the dangers of traveling in Southeast Minnesota can now get it by email or text.

The Minnesota Department of Transportation officially launched the subscription service on Tuesday – ironically, just as a winter storm swept through parts of the state, blanketing roads in snow and ice.

MnDOT is testing the notification system as a pilot in the 11 counties that make up District 6, which includes Albert Lea, Faribault, Owatonna, Red Wing, Rochester, Wabasha and Winona.

â€œThis is another way for MnDOT to get the right information out to people so they can make informed driving decisions,â€ said spokesperson Mike Dougherty.

Motorists must register for dot.state.mn.us/d6 and click on a link under “Winter Driving Updates” to receive alerts, which will be issued for significant weather events such as accidents, powder snow, icy roads or visibility issues that could make difficult travel or close highways.

But don’t worry, said Dougherty. MnDOT will not flood motorists’ inboxes or ping their phones too often.

â€œIt will be more like when we run into situations like when we have a semi-jackknife on I-35 or there is a drift that can close lanes in a rural area,â€ he said. â€œWe’ll be focusing on the things that will change your trip, more than when you look out the window, see it snowing and wonder if I should slow down. “

Dougherty said drivers in southeast Minnesota wanted texting service, which gave birth to the pilot. MnDOT is already collecting email addresses to send updates on construction projects to those who subscribe. In-house technicians have adapted the program to also accept cell phone numbers.

â€œIt’s exciting because people have their cell phones with them most of the time,â€ said Dougherty.

But MnDOT wants drivers to read text messages before getting behind the wheel, not when they’re on the road, he said.

Minnesota’s hands-free law prohibits motorists from having a cell phone or other electronic device in their hands while driving. They can touch their phone once to make a call, send voice-activated text messages, or listen to podcasts. But multiple keys, such as dialing a phone number or entering GPS coordinates, are not allowed; reading e-mail and texting while driving is also illegal.

Interstates 90 and 35 and highway. 52 all see heavy traffic and are subject to the effects of winter conditions, making southeast Minnesota the ideal region for the pilot, Dougherty said.

The service could be useful not only for travelers, but also for truckers and dispatchers who send drivers to the area. It could also be of interest to anyone who wants to â€œlook at the areaâ€ even if they don’t live there, Dougherty said. Almost 1,000 people signed up in the first two days, the service was widely promoted.

If everything goes well. the service could be expanded to other parts of the state, but that will largely depend on user feedback, he said.

Stay up to date on traffic and commuting at The Drive at startribune.com. Have questions about traffic or transportation, or ideas for articles? Email [email protected], tweet @stribdrive, or call Tim Harlow at 612-673-7768.