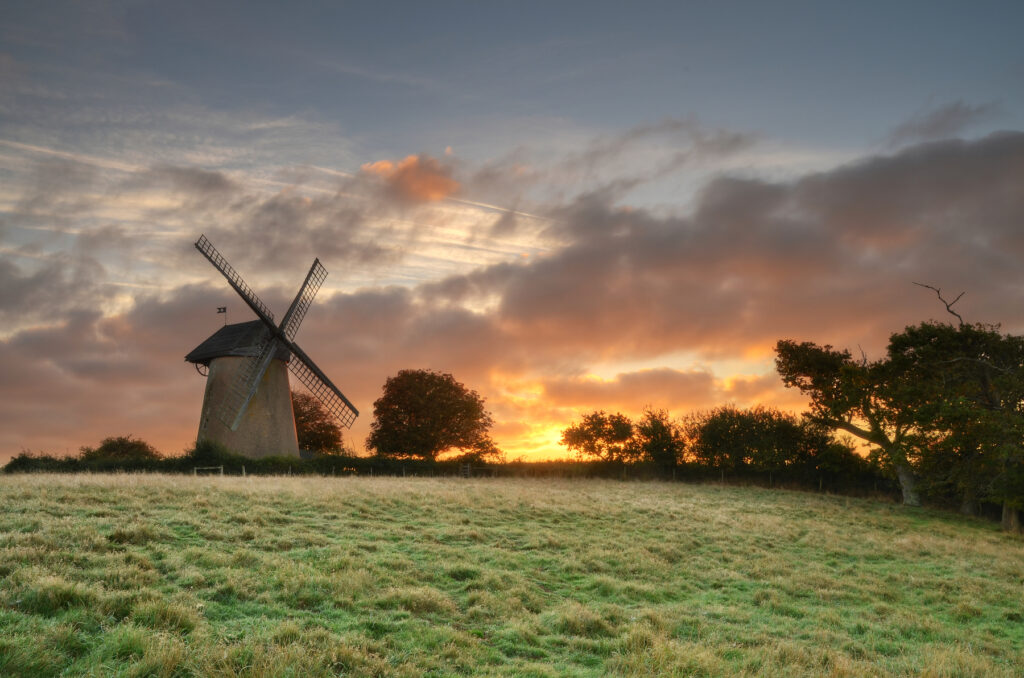 Jane Austen may have visited the Isle of Wight, but none of her heroines ever exclaimed “Oh! Bembridge!’ in the way they were apt to speak breathlessly of Bath or Lyme Regis. They really should have. Bembridge has everything you need for an elegiac vacation: gorgeous beaches to wander around while reflecting on the meaning of life, an abundance of high-quality shops to browse, and a slightly faded – but not too faded – vibe.

What to see and do in Bembridge

The soul of the village is found in the High Street, home to several excellent independent shops, from a baker and butcher to a fishmonger and a whole-foods store; it is with good reason that Bembridge won Country magazine‘Village of the Year’ in 2018.

Located on Church Road at its junction with High Street, the Church of the Holy Trinity is made of Purbeck stone and features an elaborate clock and lancet windows. It was built in the mid-19th century and replaced an earlier incarnation (a rare and failed effort by John Nash) which, made of the more friable Bembridge stone, began to crumble.

Half a mile south of the center of the village, at the very end of the High Street, is the lonely windmill of Bembridge. The last of its kind on the island, it is the archetypal windmill, 38 feet tall with four sails pinned to a circular, tapering four-story structure constructed from rubble stone, all topped with a wooden cap.

Built in the 1700s, it functioned as a flour mill and flourished until the advent of the Bembridge railway line, which brought cheap flour from afar. In spring and summer, you can climb the stone steps inside the tower and admire the remarkably complete wooden machinery that has survived its days of practical use, including a spinning wheel, a windshaft and grain silos. There is also the opportunity to learn about the milling process in the small exhibit inside the windmill. A small kiosk outside sells hot drinks, cakes and ice cream.

The village has three beaches, all attractive, but their geology is not conducive to relaxation as they are composed of stones, pebbles and shells. On the western shore, Bembridge Beach plunges into the coast from the spit at the edge of Bembridge Harbour; the softer sand is revealed at low tide.

To the east, the beach at Bembridge End Lane, which runs up against the pier and the lifeboat station, has a bit more sand. Both of these beaches are perfect for beach walks, with attractive wooded backdrops framing the inland view. The jetty, on the other hand, is 250 meters long and juts out into the water around the eastern outskirts of the village and to some extent marks a logical geographical boundary with the community.

The second of the RNLI Island Lifeboat Stations (the other is at Yarmouth) is at the end of the pier; the station can be visited in summer. The coast remains accessible to the east of the pier, where it breaks up into a series of wave-cut platforms around the aptly named Ledge beach: Bembridge Ledge, Long Ledge and Black Rock Ledge and the marshy pebbles of the foreland. The pooling of rocks takes on its full meaning here at low tide.

Another opportunity facilitated by low tide is a walk all around the Bembridge coast from the lifeboat station to the harbor and the Pilot Boat Inn, a distance of around 1¼ miles which takes around 40 minutes. Beyond the ledges, and further south-east of Bembridge is Whitecliff Bay, a 200m crescent of sand and shingle tucked under a high ridge and with a rear view of Culver Down. The beach can be reached via steep paths via the holiday park behind. From the shore, you can also access the tide at Horseshoe Bay.

From the village windmill, it’s almost impossible to resist the half-mile descent down the hill to explore the (often watery) hinterland of the RSPB Brading marshes, exploring the small Centurion’s Grove rich in wildlife and visible from above. This silent, open expanse of reclaimed marshland and wetland habitat stretching between Bembridge and Brading has a touch of magic about it as the land crumbles into a spirit level.

Flocks of sparrows and wagtails and even a capricious pheasant can bustle among the trees. Look for little egrets perched near a pond and lapwings, elegant birds with a “quiff” or feather. Meanwhile, the alders sink their roots into the streams and the bogs are dark and still.

Although it looks like a vast forest, you can explore the network of trails here in an hour. Paths meander here and there through the copse, reedbeds, thickets of woods and thick hedgerows of old oaks, ashes and hazelnuts, which are home to buzzards, yellow hammerheads, red squirrels and the woodpecker. beleaguered green. We pass raised banks in the form of dykes choked with neon green moss that borders on luminous, while a rolling curtain, in the form of the chalky edifice of Bembridge Down to the south and the woods above Brading to the west gives a faint impression that it’s a lost world.

The Eastern Yar finally meets the sea at Bembridge Harbour, a vast expanse of water stretching over 250 acres from St Helens Beach on the north shore to Bembridge Point on the south side of its mouth. At low tide, the estuary shrivels up and any vessels within are blocked until the ebb turns to ebb. When empty, the harbor is a moving sight of mud, foam and open skies. The harbor has been designated a Site of Special Scientific Interest because of these intertidal mudflats, sand dunes and offshore sandstone ledges.

Aquatic flora you might spot along the shallow shores include the submerged slender stems of the nationally rare green foxtail, while on land you can see thrift, fall squill and smothered clover. delightfully named (the name comes from the tightly wrapped, overlapping nature of its white stems and flowers). You can only imagine how vast this seascape must have seemed to newcomers and locals in Roman times when the estuary was five times larger than it is today.

Wearing is extremely easy on the eye. Woods tower over it from both headlands, and a line of beach huts adds a colorful dimension to the view. Behind the harbor is a magical ribbon of salt marsh that makes a happy playground for herons and egrets, while turnstones and waders such as sandpipers feast in the seaward sandbars.

Behind the boats and across the narrowest point of the harbor are the remains of the old breakwater, long collapsed, its sea-broken foundations spanning, intermittently, the middle waters of the harbor and visible at low tide. The new breakwater is also visible and bisects the port parallel to its predecessor; it is walkable except at the highest of high tides and a convenient way to walk from Bembridge to St Helens Duver.